The feeling of being isolated from one another is growing at an alarming rate.  In the United States particularly, people feel less connected than ever before.  We walk down the street and don't say hi to one another, a car breaks down on the side of the road and no one notices, an old lady drops her wallet, and no one stoops down to pick it up.  How have we, in only a couple generations, gone from a very friendly country, to a cold one?

If you've never traveled outside of the US, or haven't lived in small town USA, then you might not have noticed this shift.  There are still pockets of small towns in the US where neighbors still ask for a cup of sugar and strangers greet you on your evening walks.


Is Technology to Blame?


An argument can be made that technology makes us more connected, and in some ways it is true.  It has allowed us to connect with those who we may have otherwise lost connection with.  A solider can video chat his wife from even the most brutal parts of the world, a friendship can span continents, and childhood acquaintances can be rekindled.  Technology plays a part in our isolation, but it doesn't tell the whole story.

So What the Heck Happened?

Big Cities
The Industrial Revolution and the rise of American consumerism drew the able bodied to move from rural areas to the suburbs for closer access to jobs and a fancier way of life.  In recent times, there has been a shift in the younger generations to move into the big cities where the highest paying jobs and most extravagant shopping and real estate exist.

With the big cities came a large population, a higher crime rate, and a faster pace of life.  With the faster pace of life, socializing got squeezed into thin slots of time, making it hard to hold more than a handful of healthy friendships.  Who has time to work 60 hour weeks, go to the gym, get the dry cleaning done, clean the flat, run marathons on the weekends, dine with clients, and keep up a corporate appearance, and still go out on the town?

The Rat Race
With the downturn of the American economy, the scarcity of jobs, the lower wadges, and the movement of industries overseas, Americans are competing against each other and the rising international marketplace more than ever before.  Gas prices are through the roof, our healthcare system is laughed at by the rest of the developed world, and food is destroyed to jack up the prices.

While the international reputation of America is one of wealth and extravagance, the middle class has vanished, leaving most of the country struggling to keep a roof over their head and food on the table.  There is a current of "dog eat dog" and "to each his own" attitude.  Resources are extremely thin and there just isn't enough to go around.  There is a larger population, but colleges, hospitals, reservoirs, housing, and infrastructure haven't kept up.

Dishonesty
Capitalism for all of its glory, does have a downfall, in that marketing can quickly turn dishonest and into a scam for the sake of profit.  Dishonest marketing has made everyone skeptical that there's got to be a catch.  Just sign up for this really awesome plan for $X a month, which sounds fantastic, until you read the fine print that you've signed your life away to a 5 year contract and your house, kids, car, ect. are in jeopardy if you don't pay.

There are just too many con artists!  It's almost assumed in American culture that if a stranger offers to help you, they must be a serial killer, want your money, or are out to harm you.  You see it on the news every night; someone comes to your house asking for money for a charity that doesn't exist; someone tells you your brake light is out and you get out of the car to check on it, and they steal your vehicle; a "homeless" person is making $60,000 a year begging; a kid at the mall if offered a "modeling job" by a nice man with smooth words and an official looking business card.  Not everyone is bad, but there are enough creeps out there to keep the windows shut tight at night.

The Tower of Babel
Non-assimilation of some minority groups has caused whole cities and neighborhoods to no longer conduct commerce and operate in English. Press a button for your language automated systems, media in every language, and every box and government paper printed in every language has made it so that there is no need for us all to speak the same language.  Kids in the same class at school can't always communicate with each other, neighbors have no idea what the other one is saying, and people are feeling alienated when others are speaking a different language right in front of them.  We're losing our ability to communicate and thus, dividing ourselves from each other on the basis of language.  Americans are increasingly feeling like they don't have a common language, history, culture, faith, morals, or political views that bind them.  Other than a common plot of land, what really binds us?

We all Have a Longing For Belonging

We all long to have a tribe, a place we call come, a place of belonging, a sense of community, and a sense of brotherhood.  It is built into us, we need to feel connected.  We need to look after others and feel like others are looking out for us.

I think that people are aware that the materialistic society we have built is fake and unsustainable.  They are looking for an authentic experience and a feeling of belonging.  There has been a reawakening and a returning to the countryside.  People want to raise their kids in a healthy environment or retire in a more simple existence.

Travel outside the US and you will soon find that Americans feel cold and isolated compared to most European and Latin American cultures.  You will find strangers offering a helping hand, community events in the town squares, open air markets, and people leisurely strolling down cobblestone streets.

Email ThisBlogThis!Share to TwitterShare to FacebookShare to Pinterest
Labels: Community 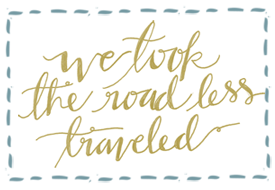